Game development or game programming is the software development revolving around video games. Game development requires skill in software engineering and specialization in various areas like computer graphics, audio programming, artificial intelligence, simulation, physics, database programming and other which all overlap heavily in order to create a game. The fact is many game designers are occasionally asked to do a little programming. This means that entry-level designers commonly switches their positions in teams as the nature of game development design teams is becoming very fluid.

Games Growing to be More Complex

Coders have become specialized artist due to many years out there on the field exploring and learning. In recent years, many other scientific areas have become popular alongside pure coding and programming. In recent years, network programmers and physics also became very popular as the game development process and games online environment has grown to be more complex. Different game studios choose different software packages for their artists to use. Different studios also use different programming languages as different programming languages come with different syntax approaches to the same mathematic principle of basic coding.

Modern days games are mostly created using C++. This programming language with some relatively high entry barriers means is more difficult to learn than other programming languages. However, the reward is greater as it allows more direct control over graphical processes and over the hardware that is something crucial in the game development process. This is an object-oriented language. In other words, is uses a certain internal structure in order to better organize code into classes and objects.

If you are using C++ programming language for coding a game or anything similar to video games from scratch, then you need to build that robust game engine every time from scratch. However, a majority of companies involved in game development is not able to do this every time and they are still expected to release new games every year. This is why many game studios and companies get their license of the current Unreal Engine and then the software’s pre-existing functions and codes in order to expedite the overall process.

Java is the best option for beginners as it runs on quite everything including complex video game systems. Java is a very dynamic programming language with a wide range of different applications, so it is a good choice to start with. It is closely related to C++, so it is a good option to learn both of them at the same time which is not difficult as they are related. Another programming languages used for game development that are worth your attention are DarkBASIC and GameMaker.

It is very difficult to choose only a single casino software provider to be that number one in the industry. If you want amazing slot games that are original and beautiful while you don’t need that much variety, you will go with NetEnt or BetSoft. If you care about the variety of the games, you will definitely choose a casino operating on Playtech or Microgaming software. Payout rates also play an important role when it comes to choosing online casino venue. 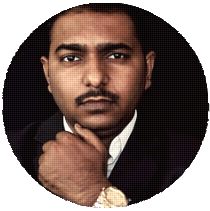 Hi, my name is Watij Prahnaval. I’m from India. Since I was a teenager I couldn’t imagine doing anything but writing games. Making games is a thousand times harder than I thought and I had many fails. So I realized that the longer I do it the better I get. Now I learn something new every single day and I improved myself. Nobody comes out of school and knows exactly how to make any program or game. That’s why I decided to share some helpful information about the different platforms, some basics and how could you start your own online business.

This website uses cookies to improve your experience while you navigate through the website. Out of these, the cookies that are categorized as necessary are stored on your browser as they are essential for the working of basic functionalities of the website. We also use third-party cookies that help us analyze and understand how you use this website. These cookies will be stored in your browser only with your consent. You also have the option to opt-out of these cookies. But opting out of some of these cookies may affect your browsing experience.
Necessary Always Enabled

Any cookies that may not be particularly necessary for the website to function and is used specifically to collect user personal data via analytics, ads, other embedded contents are termed as non-necessary cookies. It is mandatory to procure user consent prior to running these cookies on your website.